​  Various student-athletes who have attended camp in previous years come back to be camp counselors. We strive for a low student to counselor ratio so that everyone has a chance to be mentored on some level. We believe in building great relationships with our campers that edify and encourage them in faith. It is a high priority to have great leadership that engages students in discipleship while at camp. 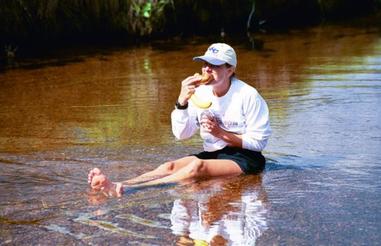 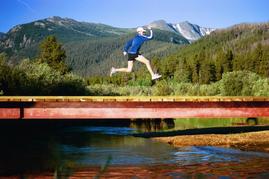 I am a Graduate of the University of Northern Colorado, where I obtained my English  Education degree. Prior to college I served in the Electronics Tech division of the  United States Navy for six years. Currently, I teach English at Brighton High School in Colorado. My husband I have two daughters.

In one form or another, I have been a part of Camp Isaiah since it began in 1994. I began as a camper in 1994 and attended two more years as a camper, before becoming a counselor. I was a  camp counselor for six years until the job of directing the camp was passed too me in 2003.

I graduated from Chatfield High School in Littleton Colorado in 1997. I then attended Colorado    Christian University for Three and half years and studied Youth Ministry. In 2001 I transferred to    Southwest Baptist University in Bolivar, Missouri. I graduated from SBU with a BS in History in 2002. I have a Masters Degree in School Counseling from Adams State and I am a Middle School Social Emotional Learning Specialist at Ken Caryl Middle School in Jefferson County.


Please check out Dakotaridgexctf.com to see more about me and the team I coach.

2018  USTFCCCA National Coach of the Year